India’s biggest automotive event – The Auto Expo 2016 came to an end a few days back. All kinds of automobiles from concept cars to coming soon vehicles were on a clean display. On this grand stage, DSK Motowheels unveiled four all new Benelli motorcycles. DSK has plans to launch the 4 new motorcycles in India this year.

The company already offers six motorcycles in India and with the addition of the 4 new Benelli’s to their existing line-up, their offerings will total up to 10 amazingly versatile motorcycles.

Let’s take a look at the 4 upcoming entrants to Benelli’s current line-up: This fully faired sportsbike comes with a liquid cooled 300 cc engine mated to a 6 speed gearbox. It is is expected to hit the showrooms in July and will be roughly priced around INR 3,20,000. This motorcycle was a show stealer, when it was first showcased at EICMA 2015. The BX250 is a well built off-roader powered by a liquid cooled, single cylinder engine producing a power of 25 horses at 9000 rpm and a peak torque of 21 NM at 7000 rpm. This Benelli is expected to come out in November and is expected to be priced around INR 1,50,000. 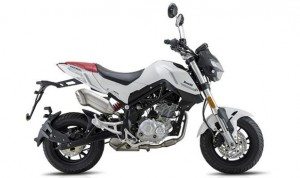 The Tornado Naked T-135 will be available in November too. This robust Benelli motorbike is powered by single cylinder, air cooled 135cc engine which churns out a max power of 12.6 bhp at 9000 rpm and a peak torque of 10.8 NM at 7000 rpm. The engine is paired to 5 speed gearbox. The Tornado Naked T-135 is expected to be available at showrooms November onwards. The price of this naked bike is expect to be around INR 90,000.