Royal Enfield has another reason to celebrate with its 350cc range registering a growth of 30 percent (YoY) in the first quarter of FY17-18. The range includes four motorcycles namely Bullet 350, Bullet ES, Classic 350 and Thunderbird 350.

All of these have benefited recently from the new GST slabs and hopes for a bigger increase in the second quarter of the present financial year. Bullet ES mentioned here is a re-badged version of Bullet Electra from the last year’s lineup. Classic 350 comes out as the highest selling motorcycle in India in its segment. Total number of units sold by Royal Enfield were 1,69,252 for this year while the older number was just few units 1.30 lakh. Apart from the regular models, the recently introduced Redditch Edition for Classic 350 is even striking the right cord for Royal Enfield.

The slow departure from Black shade seems helpful to the brand in more than one way as they have considered using bright colors in most of the recently introduced models. All models were given BS4 upgrades but sales in case of bigger bikes saw a drastic fall within the same period. These include Classic 500, Thunderbird 500 and Continental GT. 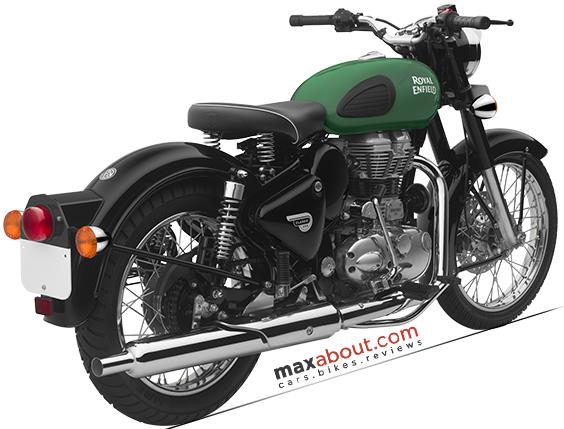 Royal Enfield Continental GT, the flagship cafe racer, saw just 11 units moving in 3 months. Last year, the number was many times better at 302 units. The total number of units fell from 12,865 to 9,619 within the last one year of comparison (all three motorcycles).

Classic 350, the best seller Royal Enfield of all time, is powered by a 346cc, single cylinder engine producing 19.8 BHP at 5250 rpm and 28 Nm at 4000 rpm. The engine comes mated to a 5-speed gearbox. Royal Enfield Bullet series holds the title of being the world’s oldest continuous production motorcycle.