Guns and Hoses, one of the popular customizers in Mumbai has recently unveiled the XIAV 350, which is based on the Royal Enfield Electra 350. The modified motorcycle has once again proved the customizers to be one of the best considering the all-new glossy blue detailing on its body panels offering it a splendid look. This is the customizer’s 2nd major project and it has been completed in collaboration with Royal Ryder Motors (Mumbai). The customizers have christened the modified motorcycle as XIAV 350 where XIAV represents “Blue” in the Hmong language. The fuel tank of the bike has been painted with a unique crystalline effect in a combination of Metallic Sea-Blue and Black. The centre of the fuel tank has been further airbrushed with a unique-looking artistic knots/rope pattern.

The customizers have further placed the Royal Enfield emblem on either side of the fuel tank with the same airbrush shadow effect that matches perfectly with the paint job. In addition to a new colour scheme, the XIAV 350 also features an aftermarket exhaust unit as well as a Cree LED headlight unit. The use of a custom ribbed single-seat saddle completes the motorcycle’s overall unique look. Coming to all the other body panels, the customizers have offered them an all-black look with a hint of metallic blue detailing at the rims. ‘Guns and Hoses’ has further inscribed the name of the motorcycle as XIAV 350 on both sides while the bike has been encrypted with the ‘Guns and Hoses’ and ‘Royal Ryder Motors’ emblems on the right side.

You May Like:  300cc CFMoto Sports Bike To Rival TVS Apache RR 310 in India

Apart from these changes, the mechanical bits of the XIAV 350 has been kept in the stock condition. The motorcycle continues to be powered by the same 346cc, single-cylinder, 4-stroke engine that is good for a maximum power of 19.8 HP @ 5250 rpm and a peak torque of 28 Nm @ 4000 rpm. The engine is mated to a 5-speed gearbox. 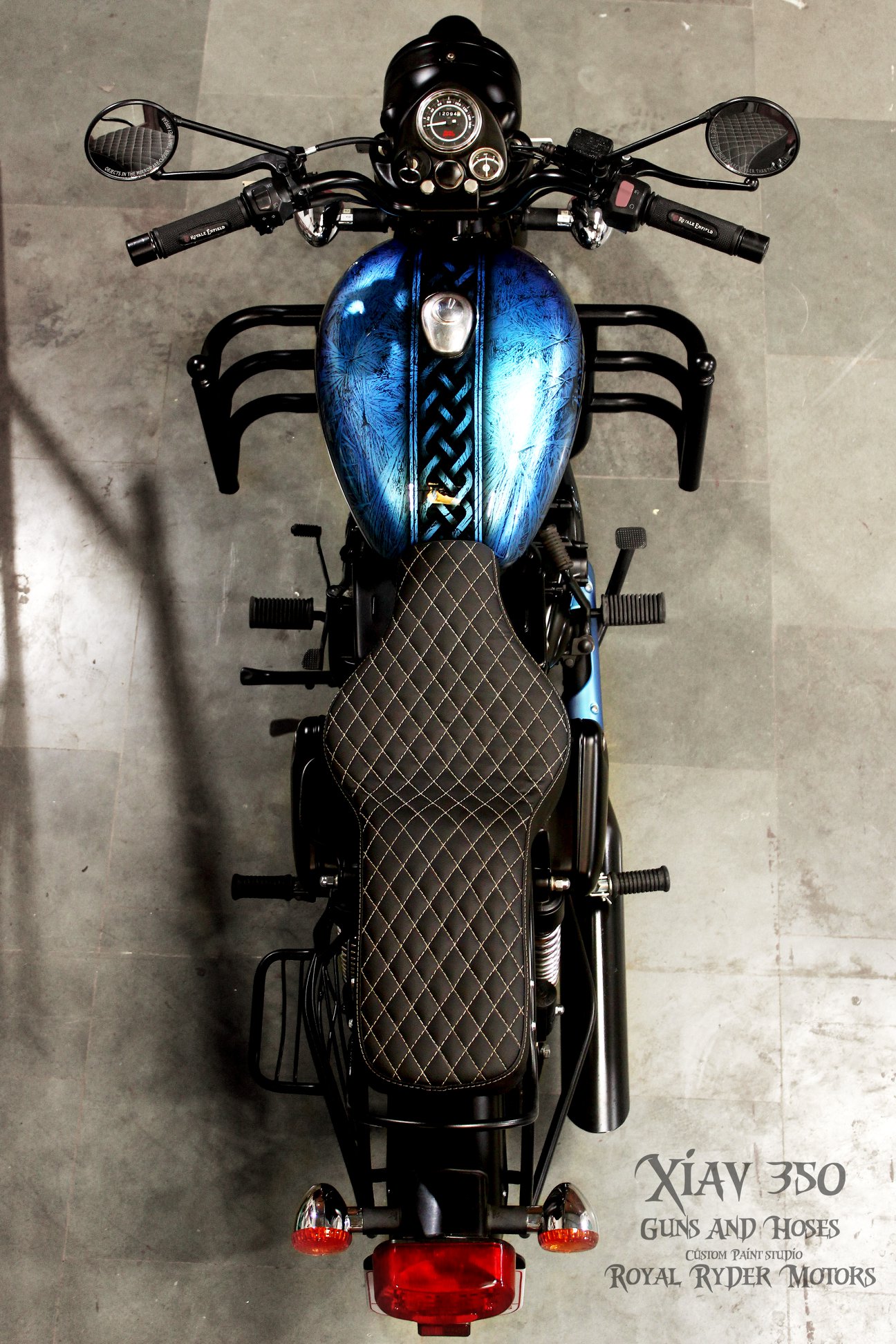