Suzuki Gixxer 250 all-set to be revealed in coming weeks

Suzuki is all-set to unveil the much-awaited 250cc Gixxer at the upcoming Intermot Motorcycle Show in October 2016 (1st week). If not unveiled at Intermot, it would most probably be revealed @ the EICMA International Motorcycle Show in Milan in November (3rd week) this year. The design of GS-R250 seems inspired from the liter class GSX-R1000 as per the rendered images posted online by MotoBlast.org. 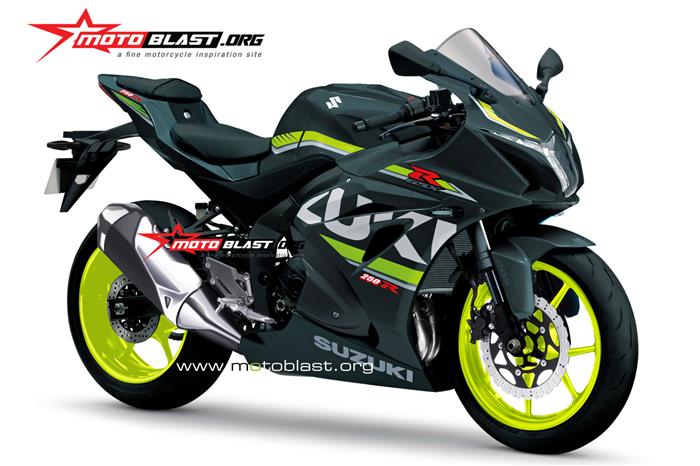 As of now, it is not clear whether it would be a single cylinder machine or it would be borrowing the 250cc 2-Cylinder engine from the Inazuma series and would be tweaked for better power and torque figures.  We feel that it would be powered by a single-cylinder engine to make it affordable to compete with the Honda CBR250R in India. It is going to be a tough fight against the CBR250R, KTM RC200 and other single cylinder upcoming sport bikes like Hero HX250R, Kawasaki Ninja 250SL and Hysoung GD250R. Suzuki Gixxer 250 was recently spotted in a production ready version while no news of its actual launch event have been given officially by the company.

According to Suzuki Motorcycles Australia’s Marketing Manager, Mr. Lewis Croft: “Suzuki Motor Corporation will be unveiling a number of new models at Intermot and EICMA. We are aware of this motorcycle and are currently studying its feasibility in the Australian market”, the executive further added. Suzuki Gixxer 250 all-set to be revealed in coming weeks You May Like:  Futuristic Suzuki GSX-8S Naked Motorcycle Officially Revealed