Chevrolet has unveiled the 2017 Corvette Grand Sport @ 2016 Geneva Motor Show. The car has undergone drastic upgrades under the hood, such as the inclusion of a magnetic ride control, a revised suspension system equipped with special strings and stabilizer bars, and very efficient Brembo braking system.

2017 Corvette Grand Sport derives power from a 6.2 liter LT1 V8 engine with a power output of 460 bhp. The output is channeled to road though a seven-speed manual gearbox or an eight-speed AT which is available as an option. 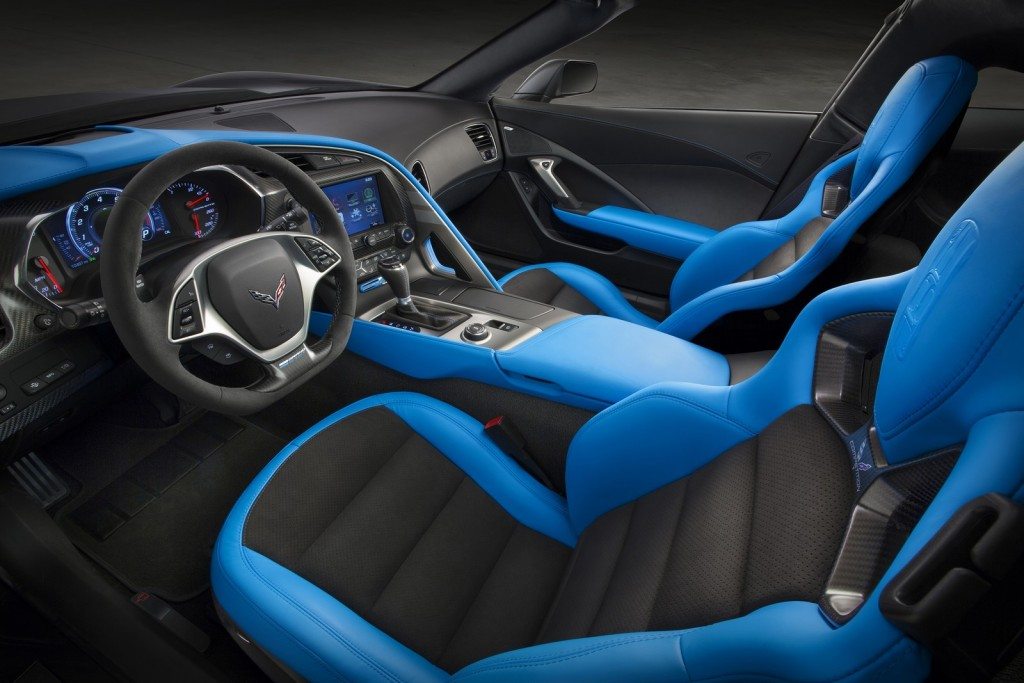 Aesthetically, the Grand Sport 2017 is a well sculpted chevvy with a Z06 like grille and huge rear fenders. The car also gets bigger 19-20 inch Michelin Pilot Super Sport wheels. The car is also available under a Z07 performance pack which includes a carbon-fiber body kit, Michelin Sport Cup 2 tires and a carbon-ceramic braking system. If this doesn’t interest you, another Grand Sport Collector Edition with exclusive exteriors and interiors, and a “ three-dimensional representation of an original Grand Sport race car” embedded in the headrests is also going to be available. The Chevy will go on sale in USA this summer, with sales in Europe commencing from Autumn.