DC Design, now reincarnated in the Indian markets as DC2 launched their first-ever sports car Avanti back in 2012 in a coupe avatar. The very famous Big Boy Toyz, the preowned luxury vehicle brand has recently listed a heavily-modified version of the sports cars on their official website. Christened as DC Avanti Roadster, BBT has listed the car with a price tag of INR 29 lakhs which seems to be slightly on the higher side, though the overall stunning design justifies its worth. The roadster has been imparted with an ‘Electric Blue’ colour scheme on the exterior which is also taken all the way to the interior upholstery and dashboard design. The roadster has been equipped with 5-spoke alloy wheels while the overall front fascia has been kept intact when compared to the stock coupe version. The roof of the stock version has been removed for the open-top profile while the dealership has also revised the rear profile of the car, taking inspiration from the McLaren and Porsche sports cars. Coming to the major upgrade offered to the DC Avanti, the customizers at Big Boy Toyz have offered the cabin with a full-TFT instrument cluster. In addition to this, the roadster features a small touchscreen infotainment unit shod at the centre of the dashboard.

There has been no information revealed on whether the roadster has a detachable hardtop or a folding roof on top. The premium leather seats inside the cabin feature the similar blue detailing that has been offered to the other premium bits inside the roadster.

You May Like:  New Honda City RS Turbo India Launch Under Consideration Mechanically, there hasn’t been any engine update offered to the customized car. The DC Avanti Roadster is powered by the same 2.0-litre turbocharged four-cylinder petrol engine that is capable of generating maximum power of 250HP and a peak torque of 340Nm. The engine remains mated to a 6-speed manual gearbox. The roadster is capable of registering a top speed of 200 kmph. The stock variant of the DC Avanti which was launched as a coupe was priced at INR 37 lakh (ex-showroom) before being discontinued in the Indian market. 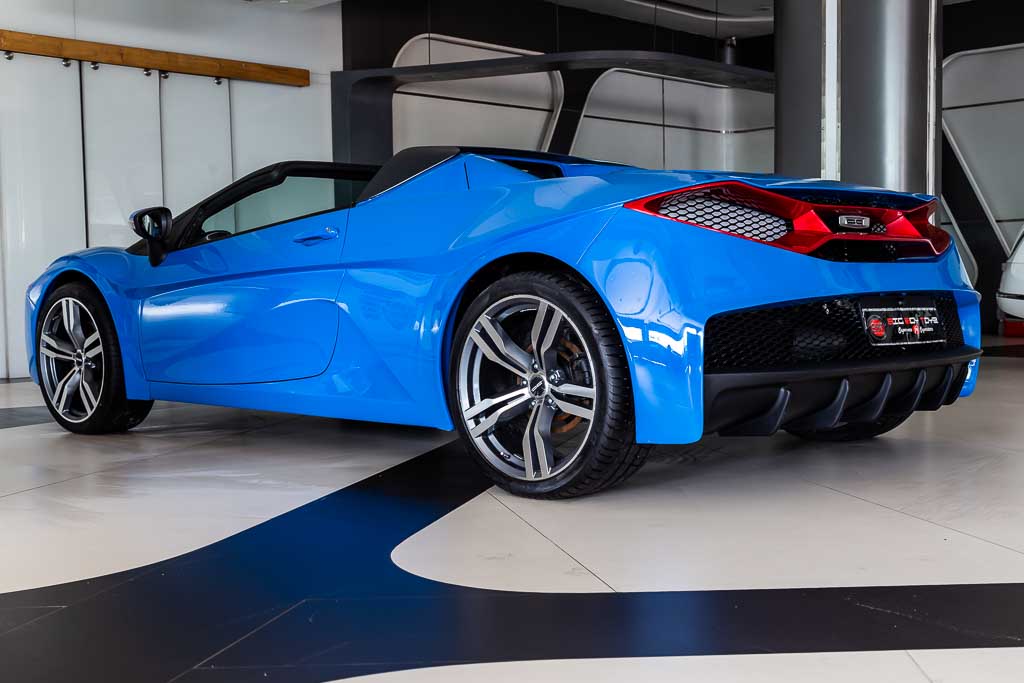