According to the recent updates that are touring the internet, the Toyota Vellfire luxury MPV is now ready to hit the Indian market. As per a report by AutoPunditz, two units of the much-anticipated luxury MPV have been dispatched from the plant to the select dealerships last month. The Vellfire is a six-seater luxury MPV that was recently showcased at a private dealership meet in India. Since a long time, the Japanese brand has been busy with planning and showcasing new products which include the TRD Celebratory Edition of the people’s favourite Fortuner and now among the future plans, the brand is looking forward to launching the Toyota Vellfire.

The MPV was showcased in India at a private event which was organised in July this year. Apart from that, the Toyota Vellfire was also shown to the interested buyers as well. The recent report of 2 units getting dispatched from the plant has added fuel to the flame as it was already being speculated that Toyota will launch the Vellfire in the Indian market in October this year. Talking about the international version of the Toyota Vellfire luxury MPV, it is available in two packs namely the Standard Body and Aero Body. According to the reports, the brand will be bringing the Standard Body variant of the Vellfire to India. In terms of dimensions, it measures up to 4,935mm in length, 1,850mm in width and 1,935mm/1,950mm in height. As of now, Toyota has not announced anything officially regarding the launch of the Vellfire in India. The MPV will most likely be brought to our country via the CBU (Completely Built Unit) route. The upcoming car is expected to available at an ex-showroom price of around INR 75 lakh and it will rival the Mercedes V-Class that is being retailed at a price tag of INR 68.40 lakh for the expression model while the price goes up till INR 81.90 lakh for the Exclusive model.

You May Like:  Meet 6x6 Mahindra Thar SUV by SD Offroaders - Details and Photos 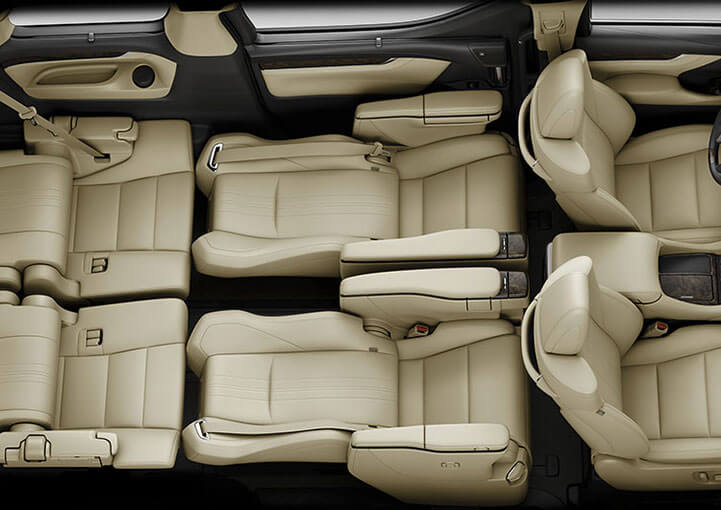