After being teased for multiple times, the 2020 KTM 1290 Super Duke R has been officially unleashed at the EICMA 2019 auto show in Milan, Italy. On the new-gen model, the first change that can be observed is that it has a completely new exhaust with downpipes snaking around the engine to improve the lean angle, which allows for a bigger radiator and better handling through corners. The radiator shroud fairing for the motorcycle is much more aggressive than the last-gen model of the KTM 1290 Super Duke R. The 2020 KTM 1290 Super Duke R also has an all-new swingarm which is connected to the rear shock absorber via a link instead of being directly connected as on the last-gen model. Mechanically too, there has been some re-working on the powertrain as the updated 1301cc LC8 V-twin engine is now Euro5-compliant and it also gets a new cooling mechanism.

The updated engine of the 2020 model is capable to generate a maximum power of 177HP and a peak torque of 140NM. The engine is mated to a 6-speed gearbox. The riding position of the bike looks pitched forward that is what we have already observed in the last-gen model of the Super Duke R. 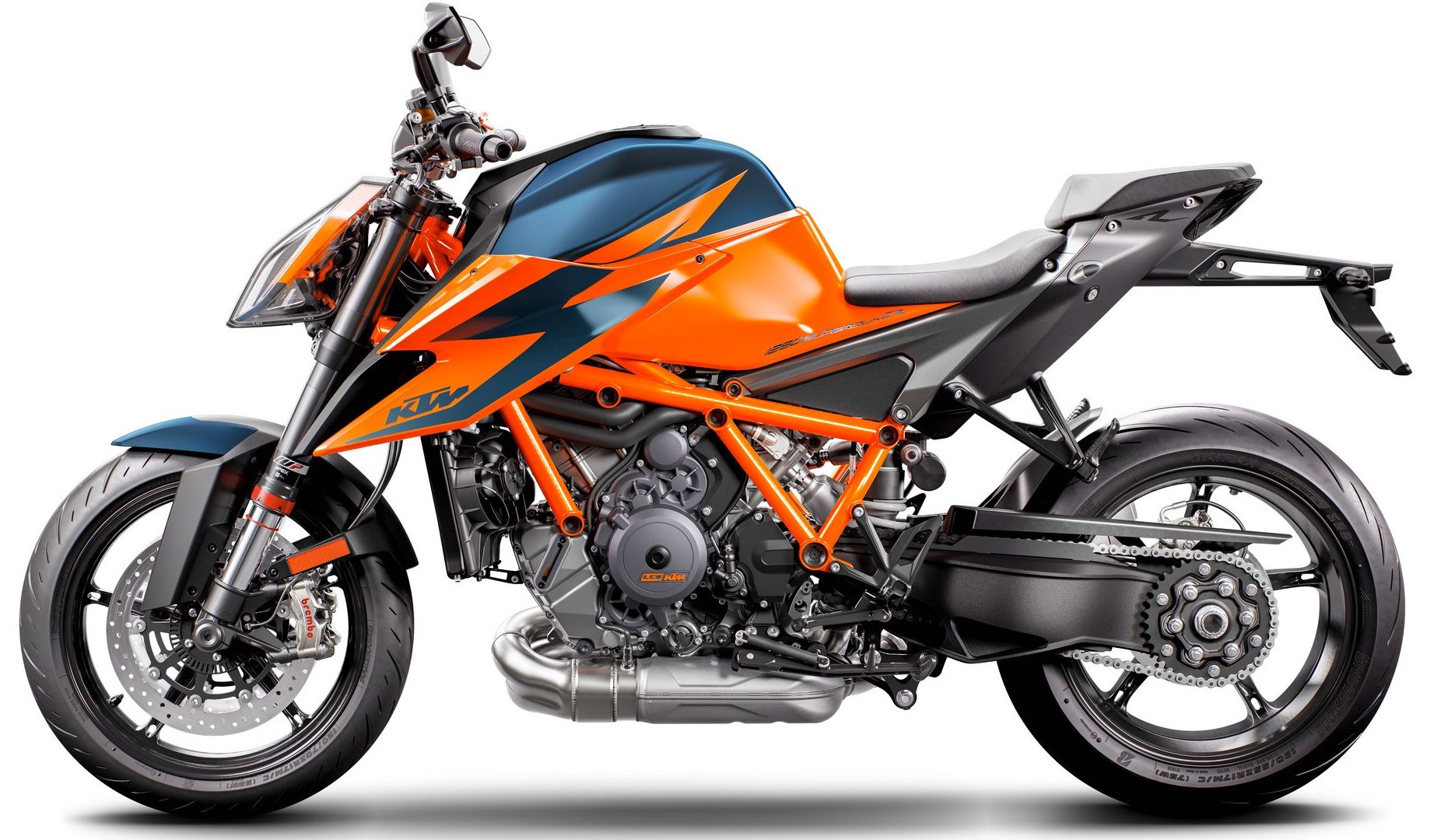 Like the last-gen model, the 2020 KTM 1290 Super Duke R is also equipped with an all-digital instrument console. In terms of braking, the motorcycle is equipped with a 320mm front disc brake and a 240mm rear disc brake, which are further mated to a 2-channel Bosch 9.1 MP ABS unit, including Cornering ABS and Supermoto Mode (disengegable).

In terms of dimensions, the seat height of the motorcycle is 835mm whereas the ground clearance stands at 160mm. The fuel tank capacity is 16-litres while the 2020 model of the 1290 Super Duke R weighs 189kgs.

You May Like:  400cc 2-Cylinder Royal Enfield Himalayan Details and Video

As of now, KTM has no plans to launch the 1290 Super Duke R in the Indian market. In case, the brand considers the streetfighter for India, it will be priced at around INR 15 lakhs and would be competing with other naked motorcycles like the Honda CB1000R+ and the upcoming Kawasaki Z H2.